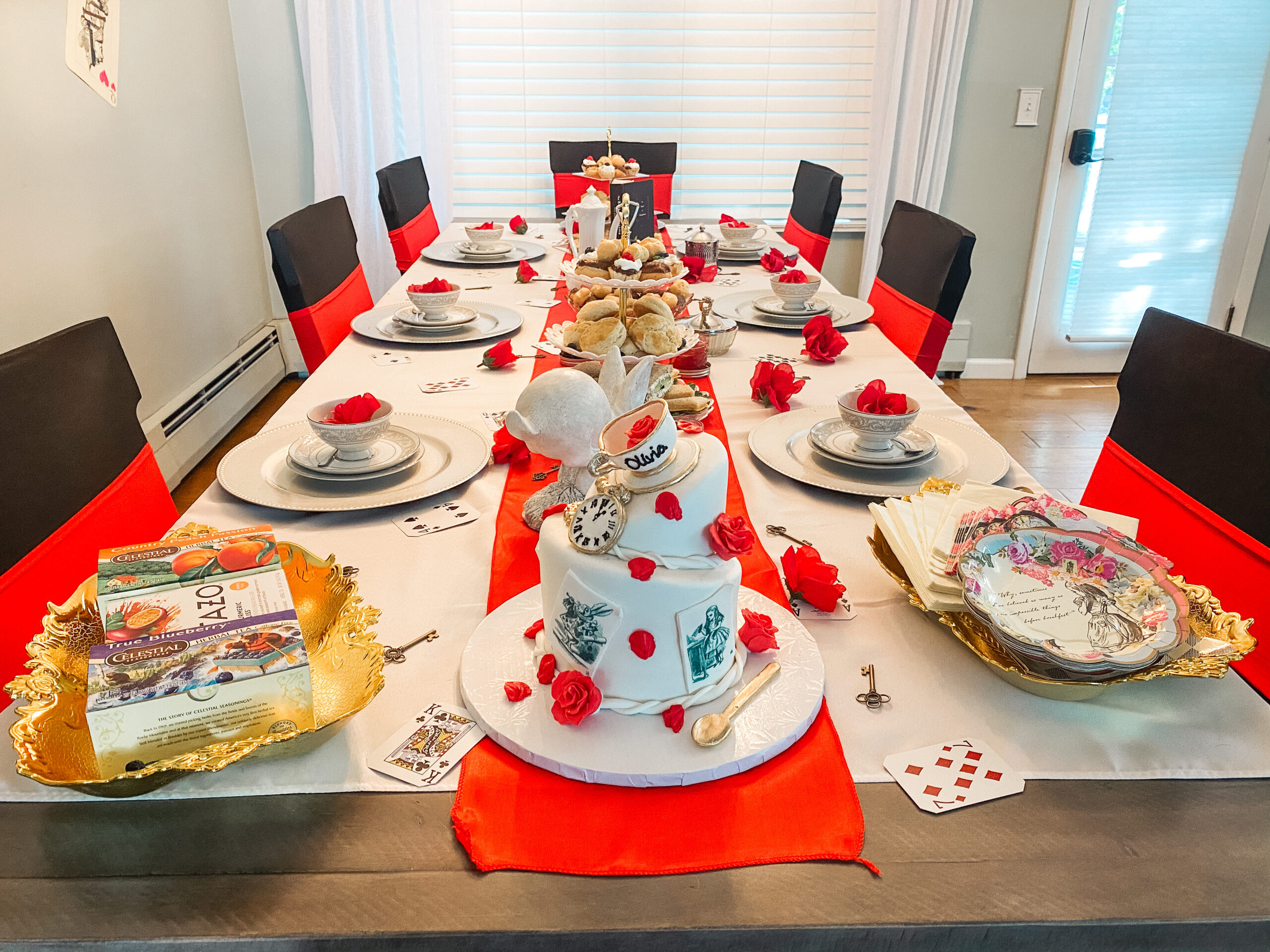 I don’t know how it happened but my little girl turned 10 this month! Every year we come up with a theme and this year we decided on Alice in Wonderland. We tried a tea party at Disney World’s Grand Floridian Resort and fell in love with the tea party concept. Since we had to host a small party this year afternoon tea seemed like a great option. We settled on an Alice in Wonderland themed Tea Party.

This party was definitely one of my favorites. Olivia dressed up as Alice with a costume to complete the look. The great part about this party is it was completely designed by us. We planned it together and the look on her face seeing it come alive was worth it. I hope you will give this Alice in Wonderland themed Tea Party a try for your next event or birthday. You will not be disappointed!